The world’s most dangerous roads with charismatic travelers in hostile regions and under extreme conditions !

In many countries, simply getting behind the wheel of a truck is an adventure. The cold, the sand, the ice and heat, the washed-out roads and white-line fever: all add up to a typical day in the life of a trucker. Our characters are that special kind of worldly explorers. Hitting the road with them promises to make this series rich in misadventures, and full of unforgettable encounters. Our truckers will take to the roads less traveled. The paths they choose are often dirty and isolated. But the sceneries are spectacular, and as they discover new lands, they are sometimes forced to depend on the generosity of strangers to reach their destination. In those remote locations, they bring more than just their truckload. Each episode has its very own story. Truckers are not all alike. In their vehicles, we’ll find traces of their personal and intimate universes. We’ll also discover that they aren’t merely truck drivers; some of them are part-time librarians, merchants, biologists, filmmakers, tour guides or musicians. To be sure, there are many surprises to come. 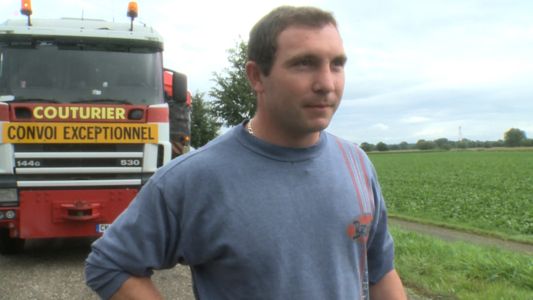