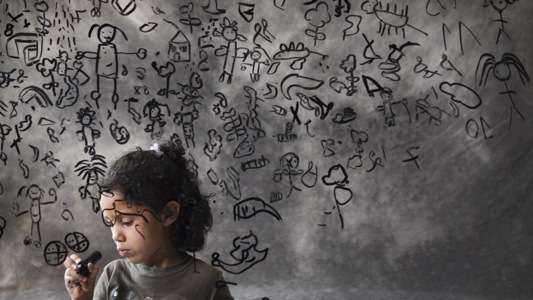 A collection of 80x1'30" shorts depicting children from over 20 countries around the world, asked to draw their self-portrait. Find out how these kids aged between 4 and 6, who can not yet read nor write, perceive themselves and what world they live. In a specially suited studio set in their school, each child starts drawing its own portrait on a glass pane. A sophisticated camera set up captures the magical moments, edited and encompassed in 80x1'30'' short musical vignettes using animated sequences. A fantastic series celebrating the 30th anniversary of the convention on the Rights of the Child and a rare glimpse at the unversal language of drawing and the richness of imagination.