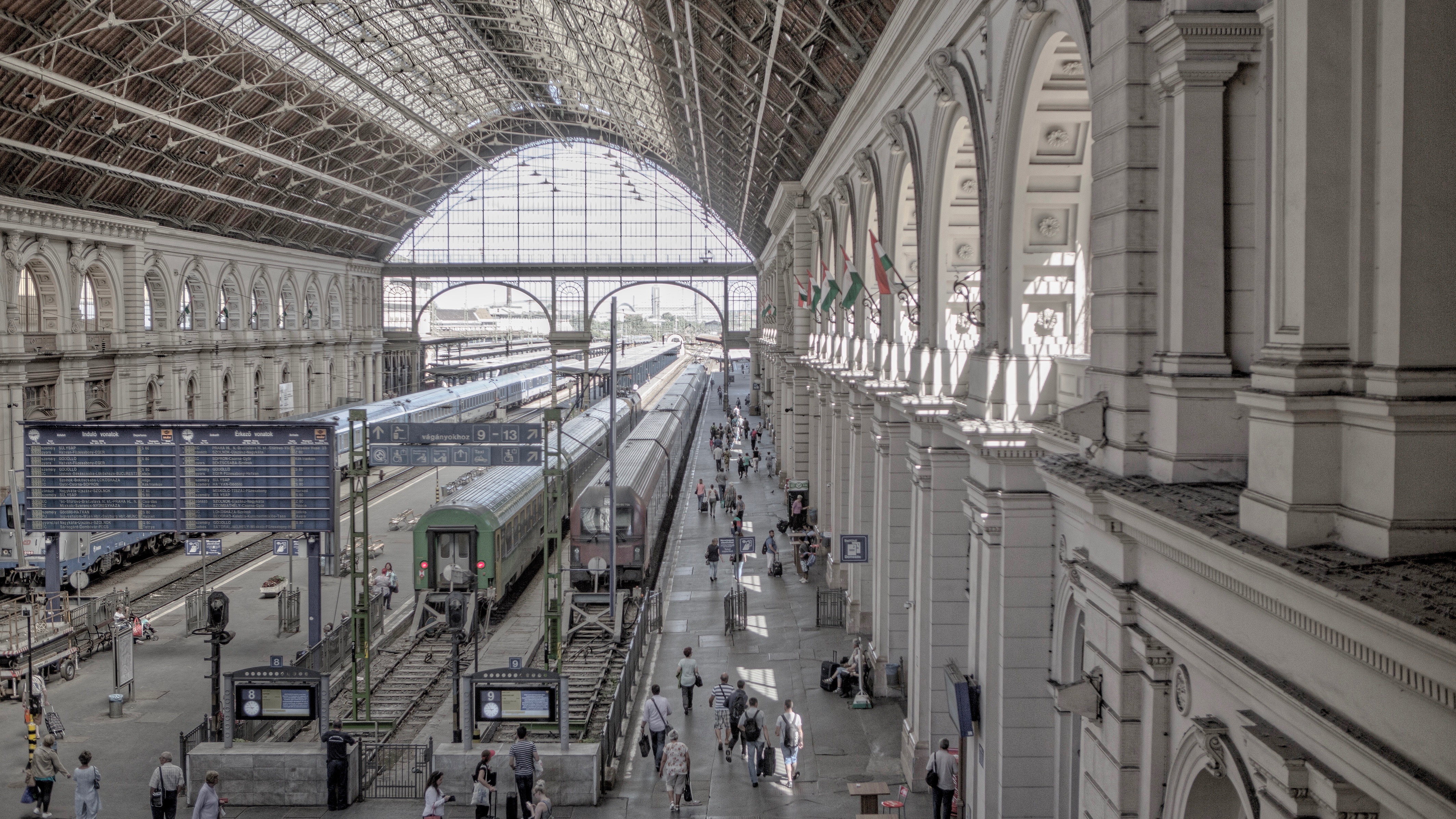 Designed by Gustav Eiffel in 1874, Nyugati Pályaudvar was the world’s fifth biggest train station at the time, and for many years Europe’s most modern one. Today the patina of the years lays on the old station. Once a year the splendors of Empress Sissi’ train departs to reach Gödöllö and its beloved castle. Nyugati Pályaudvar tells stories of the Hungarian railway symphony orchestra, of a socialist children railway and of the Szechenyi bath nearby, one of Budapest’s architectural prides.