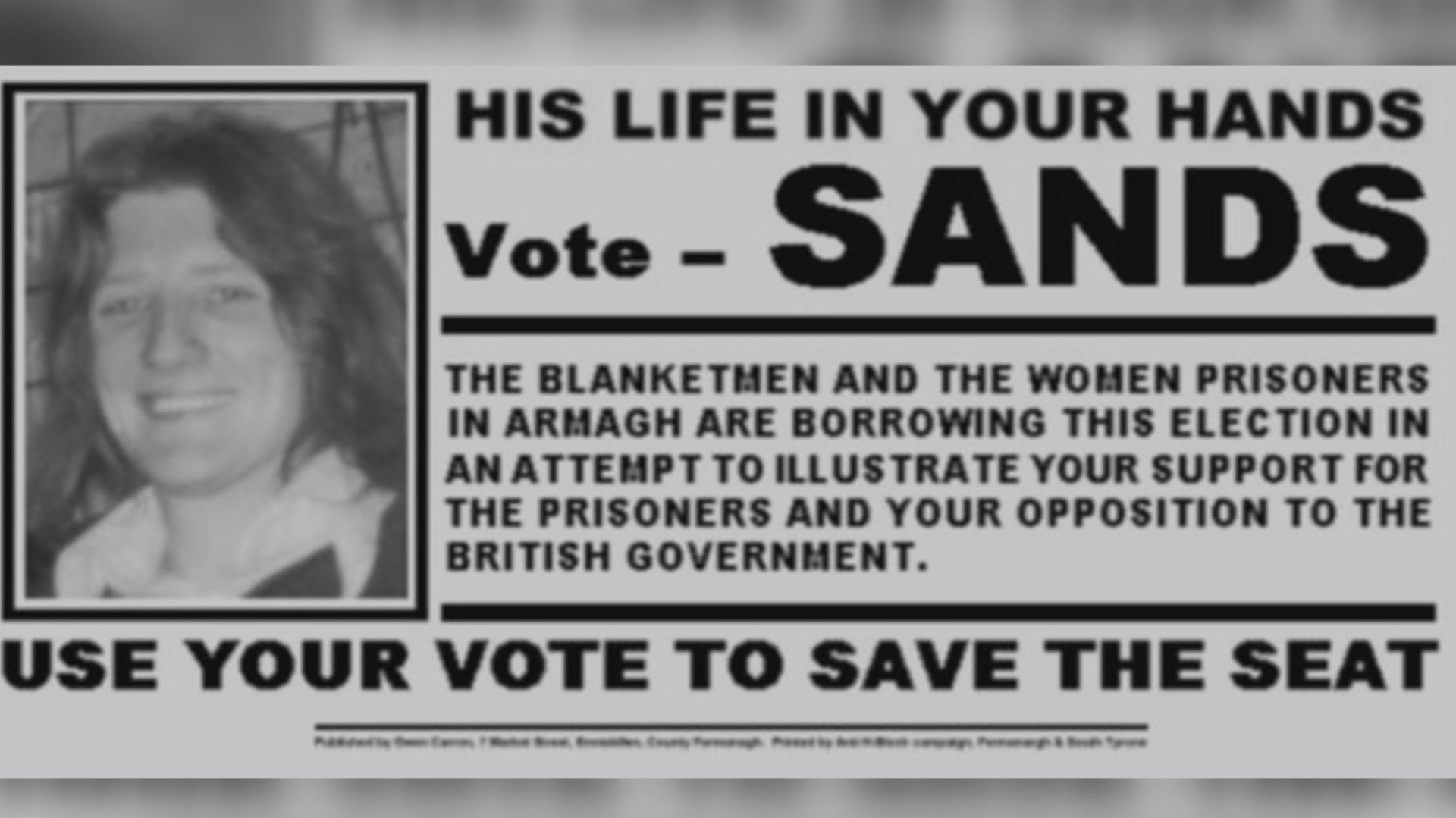 Sentenced to prison as a member of the IRA, Bobby Sands undertook a hunger strike to protest the denial of his status as a political prisoner. However, despite widespread support from public opinion, PM Margaret Thatcher refused to give in. Bobby Sands died on May 5, 1981, after 66 days without food. He became the symbol of Northern Ireland’s struggle for independence.