The Lafayette Escadrille was an American volunteer fighter squadron flying for France before America joined World War One.  The sacrifices made by the men of the Lafayette Escadrille strengthened the historic bond between the sister republics of the United States and France as they laid the foundation of American combat aviation and the U.S. Air Force.
Through never-before-seen photographs, letters and memoirs, the film gives the viewer a thrilling and visceral experience of the early days of combat aviation. 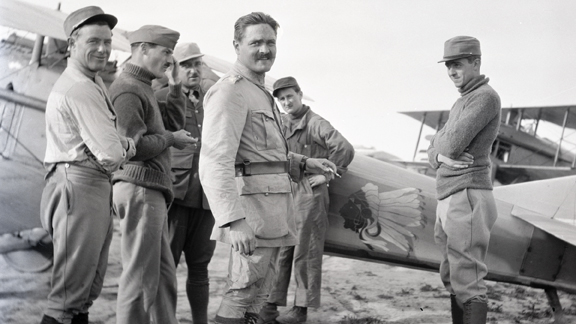