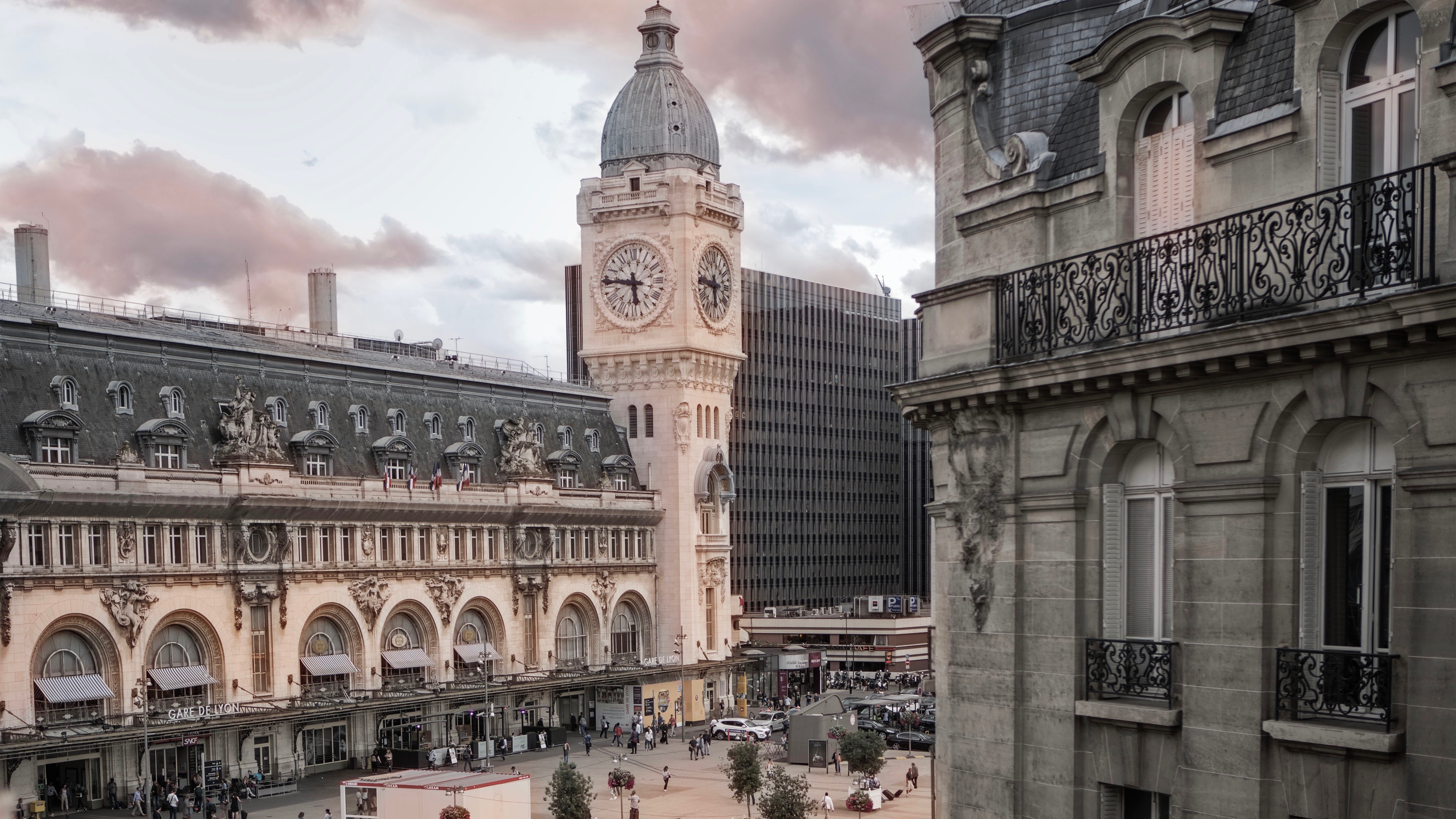 Gare de Lyon is the youngest of Paris stations, and one of Europe’s most important railway hubs. Built in 1900 by the PLM company for the World Expo held in Paris, the station is a jewel of the Belle-Epoque style. A monument of railway architecture with a 100-meter-long facade, and a 64-meter-high clock tower. A copy of London’s Big Ben, to honor British rich travelers on their way to the French Riviera. From this station we travel back in time to the mechanical Age of Jules Verne and the cinema pioneer Georges Méliès, exploring also French haute cuisine in the magnificent restaurant Le Train Bleu.